The bamboo shoulder pole with baskets filled with agricultural produce and other wares could well be the leitmotif of Hoi An. 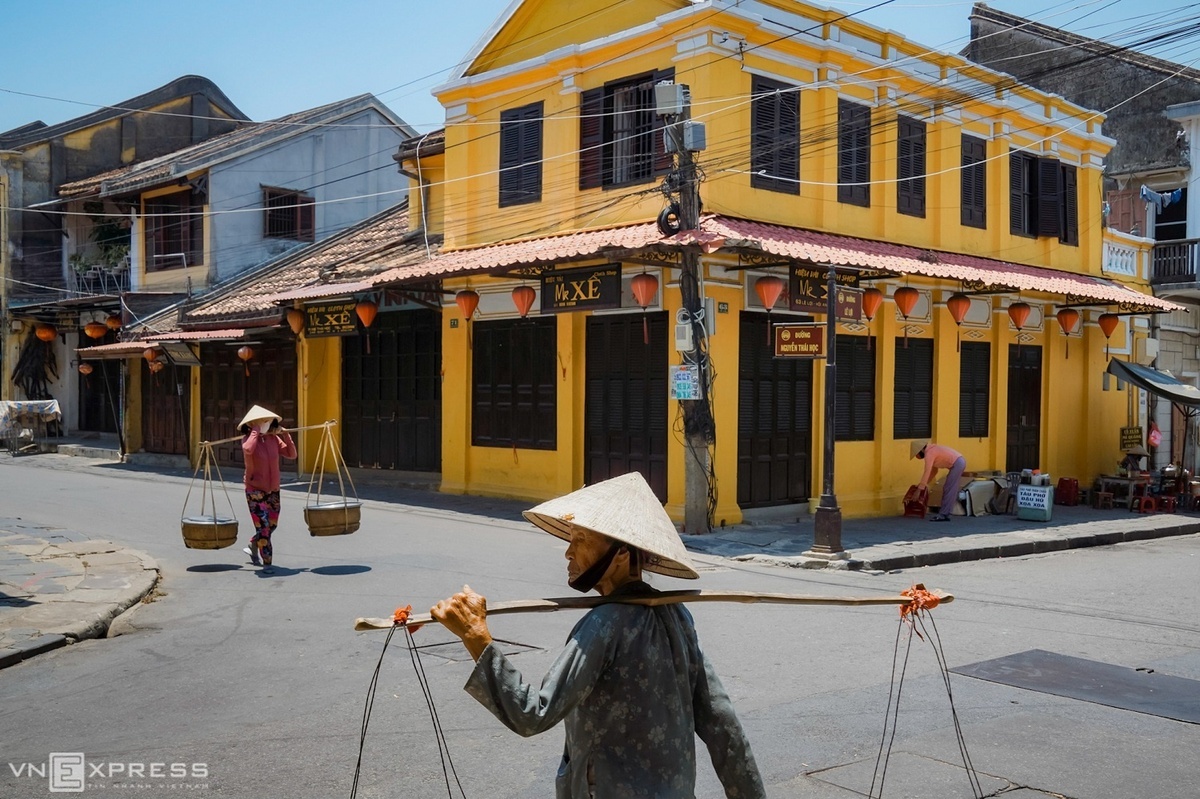 Two women with baskets on their shoulders at the intersection of Nguyen Thai Hoc and Le Loi streets. The photos by Do Anh Vu show the langorous pace of life in Hoi An, a popular tourist destination in central Vietnam.

The bamboo shoulder pole, quang ganh, has for long been a useful piece of equipment for Vietnamese farmers in the countryside to carry their produce and earn a living on the streets of cities, and is a familiar sight in the ancient town of Hoi An. 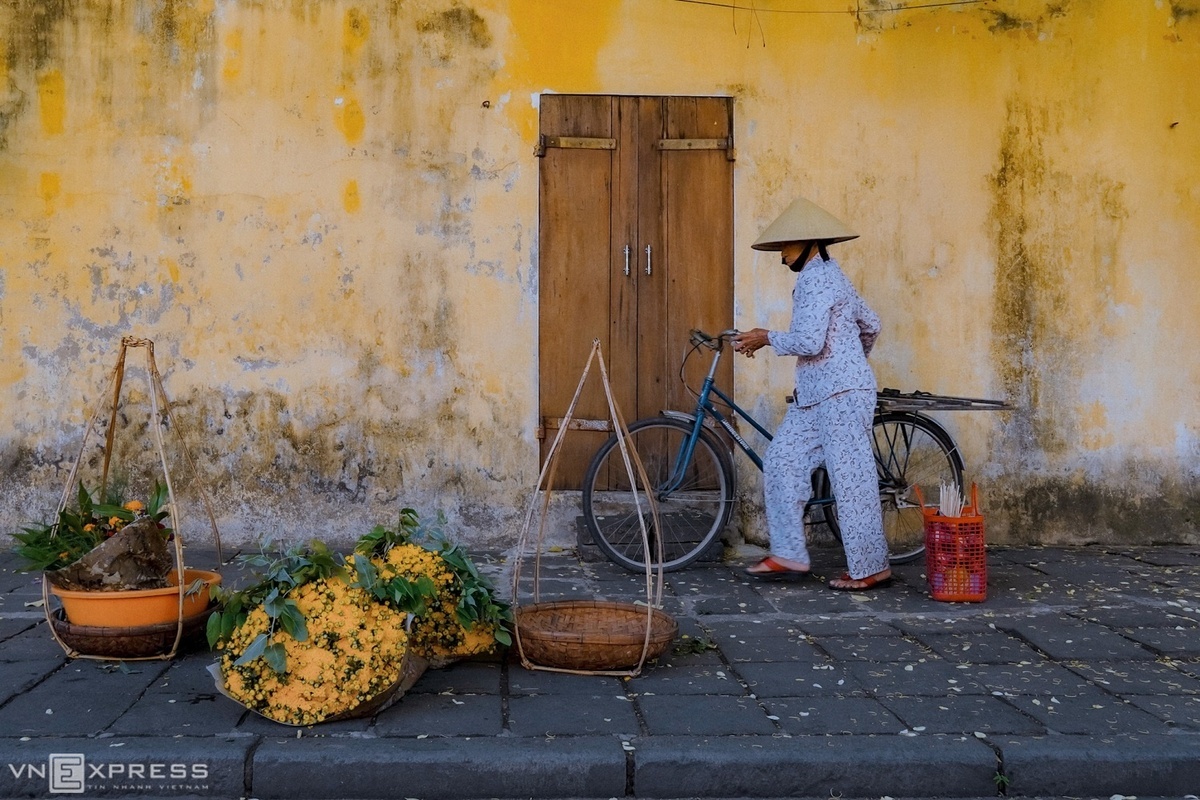 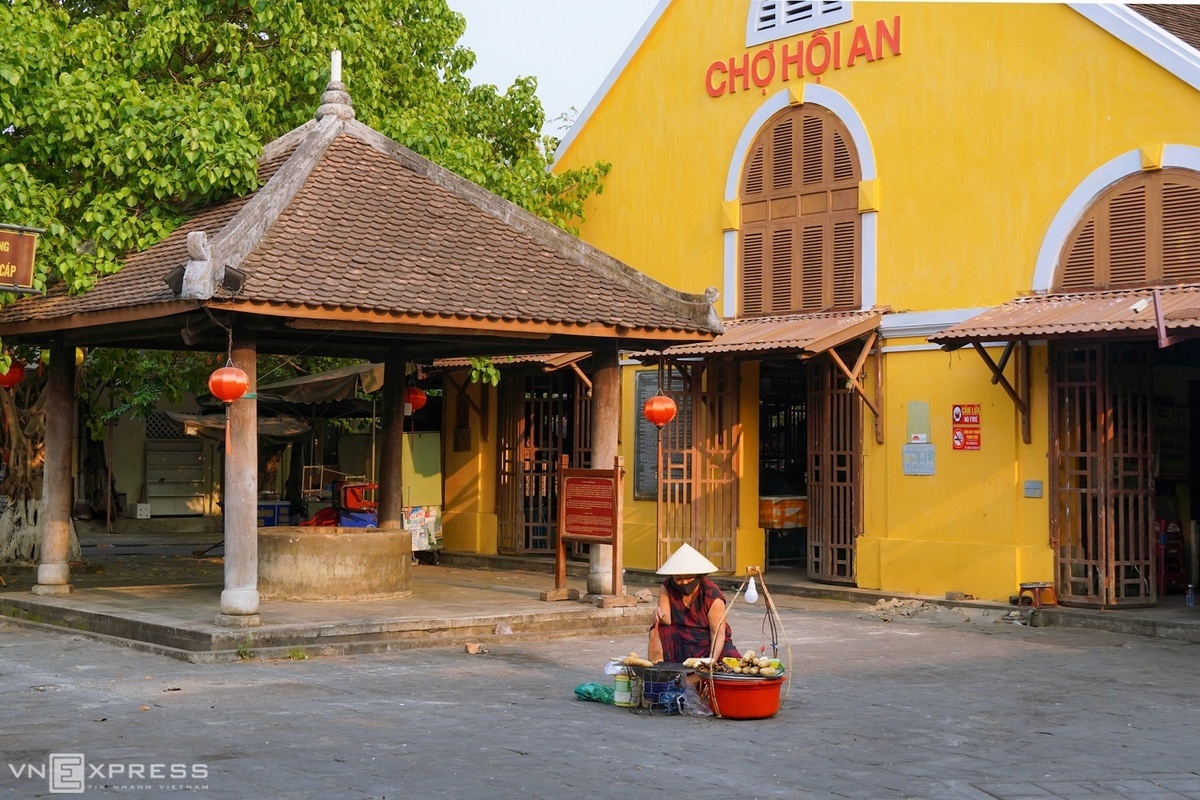 A woman sells grilled corn outside the deserted Hoi An Market. The picture was taken on April 6, when the country was in the midst of the social distancing campaign meant to contain the Covid-19 pandemic. 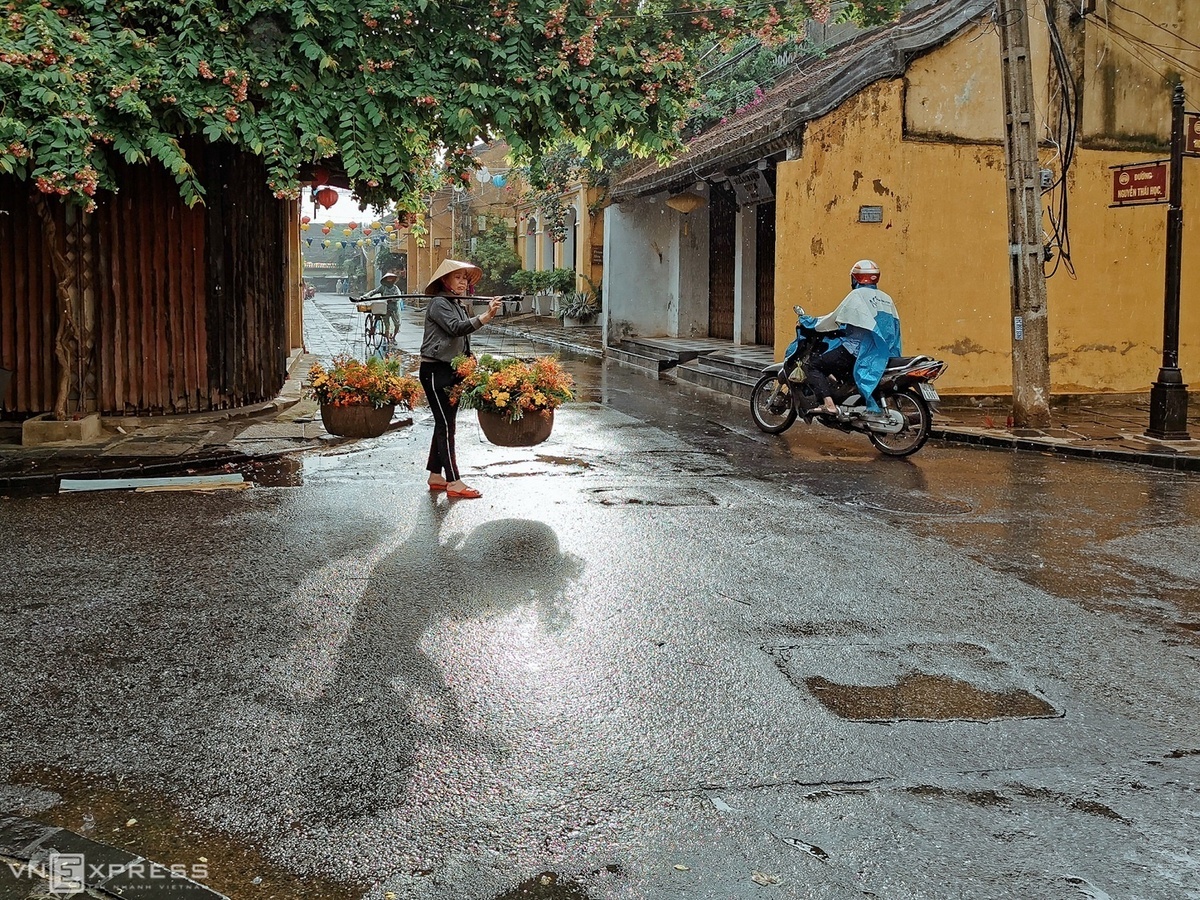 A woman carrying flowers walks in the rain at the junction of Hoang Van Thu and Nguyen Thai Hoc streets. 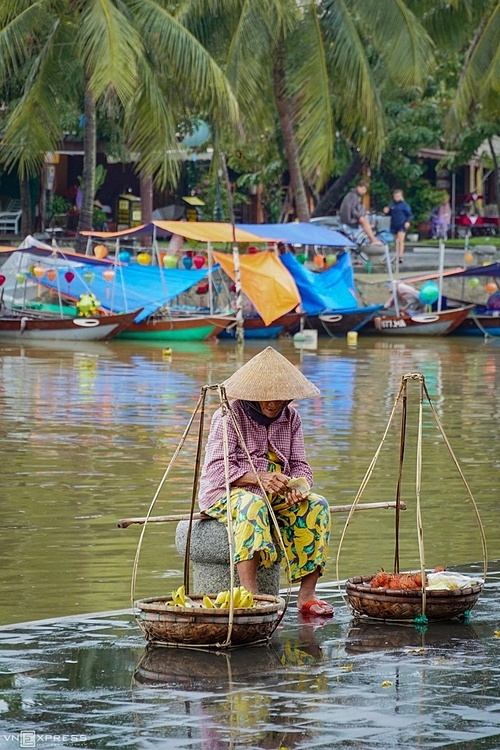 An old lady sells bananas on Bach Dang Street by the iconic Hoai River that flows through the town. 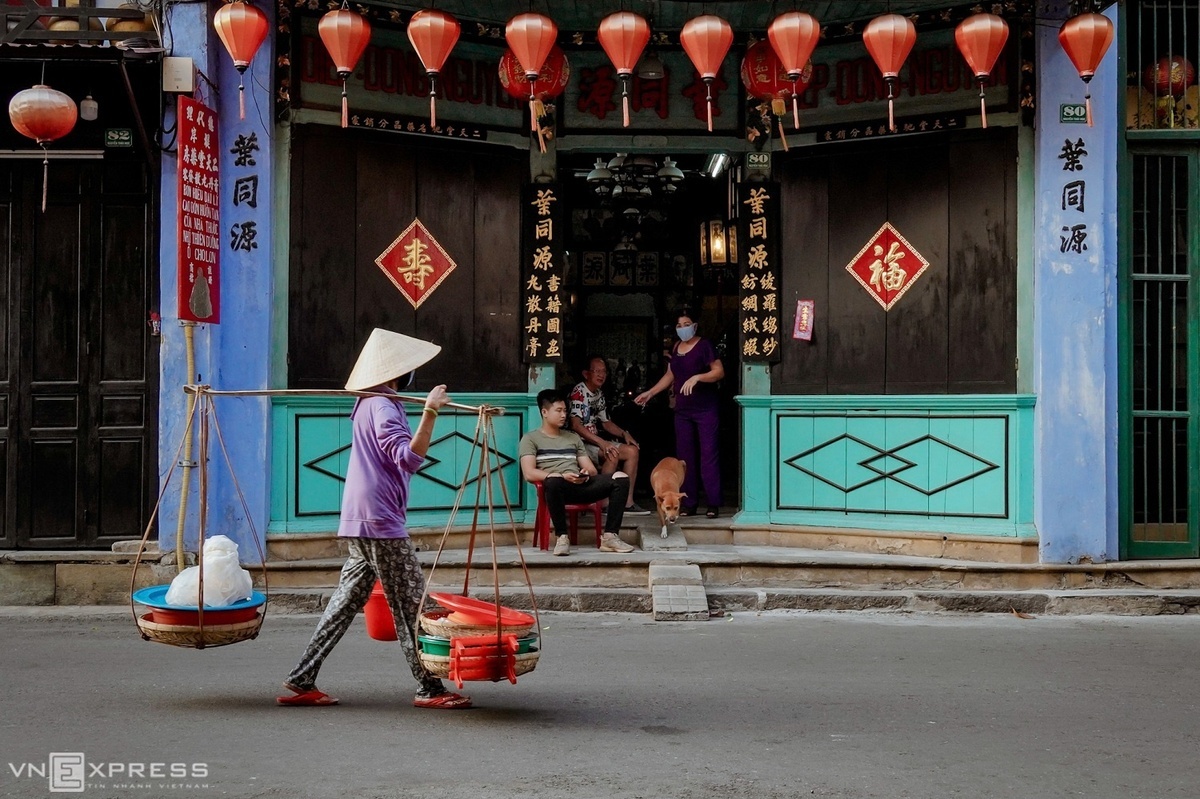 A woman with a basket of rice crackers walks past a Chinese-style house on Nguyen Thai Hoc Street. 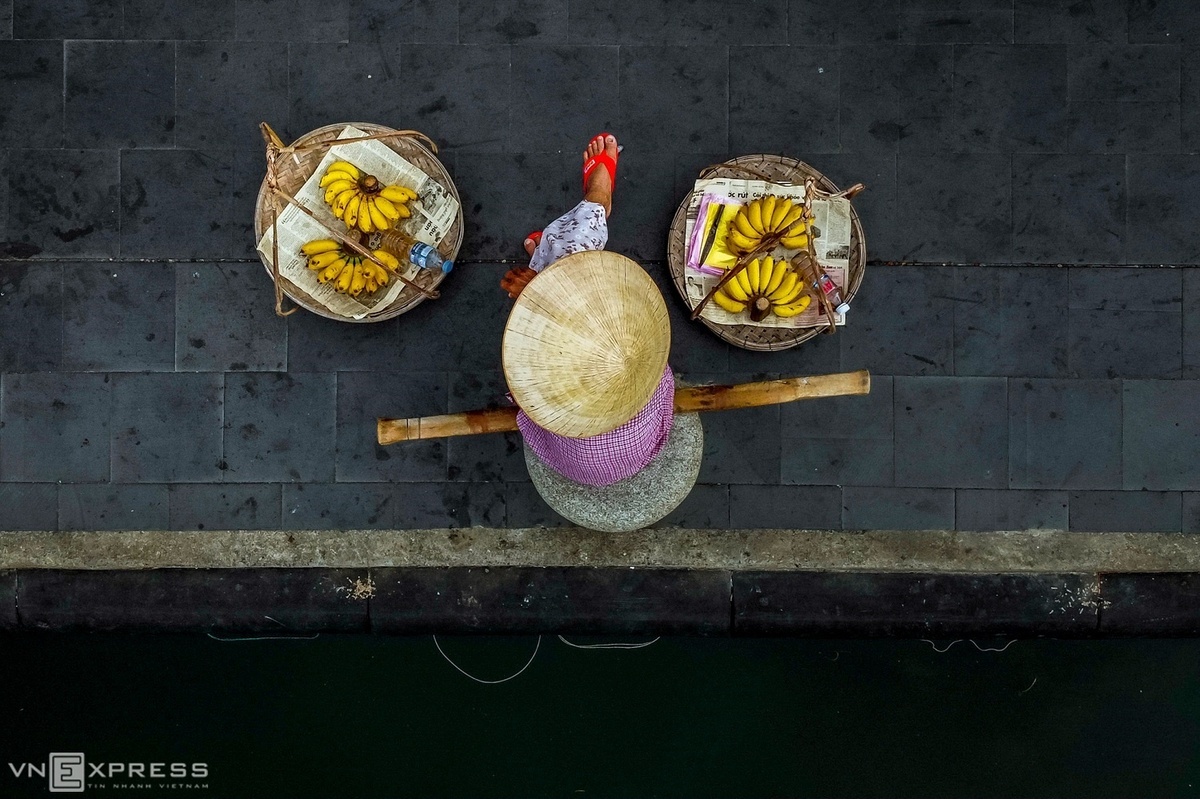 On the town’s streets, visitors can often see women carrying a quang ganh on their shoulders and hawking their wares. They usually sell bananas, grilled corn, tofu, duckweed, pound cakes, and fresh flowers. 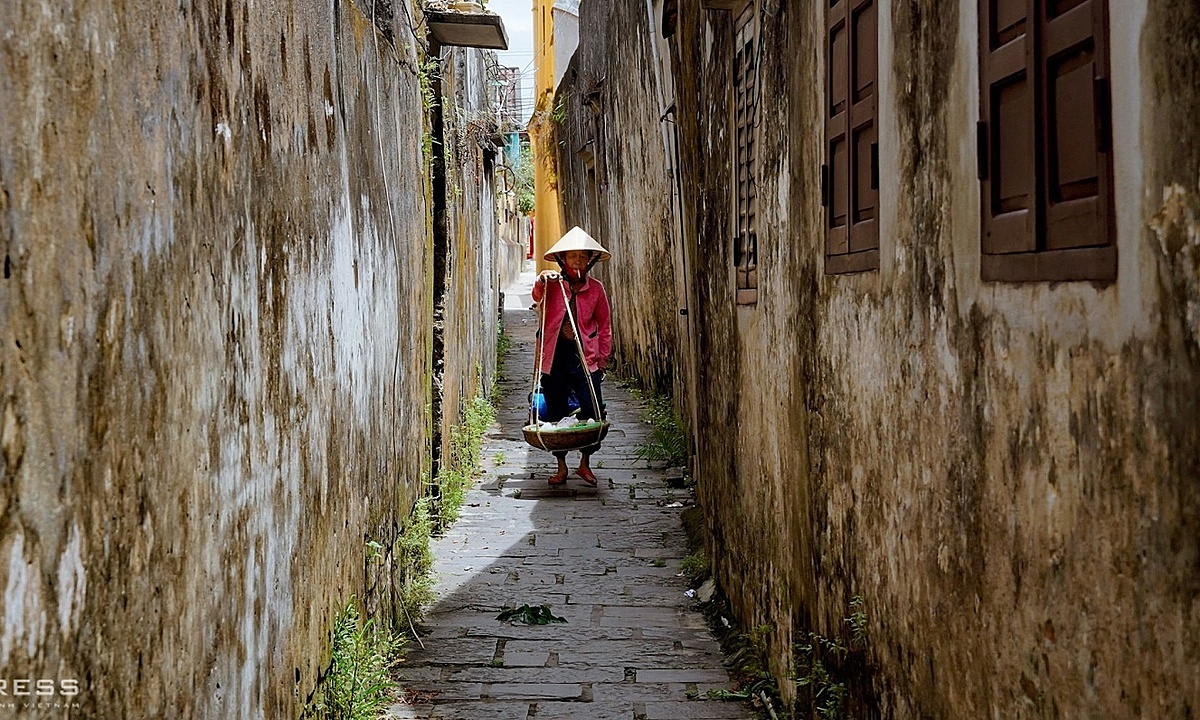 A woman with a quang ganh walks in a tiny moss-covered alley. 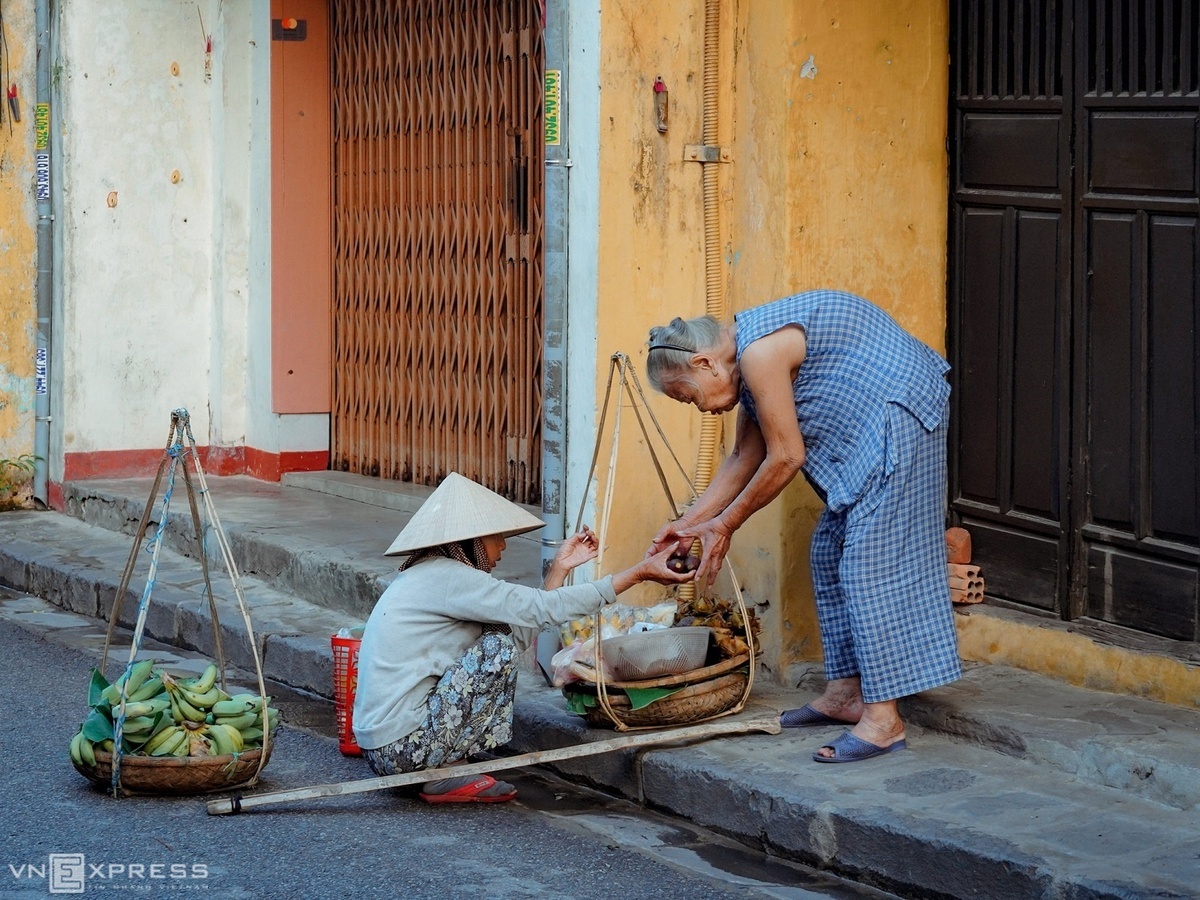 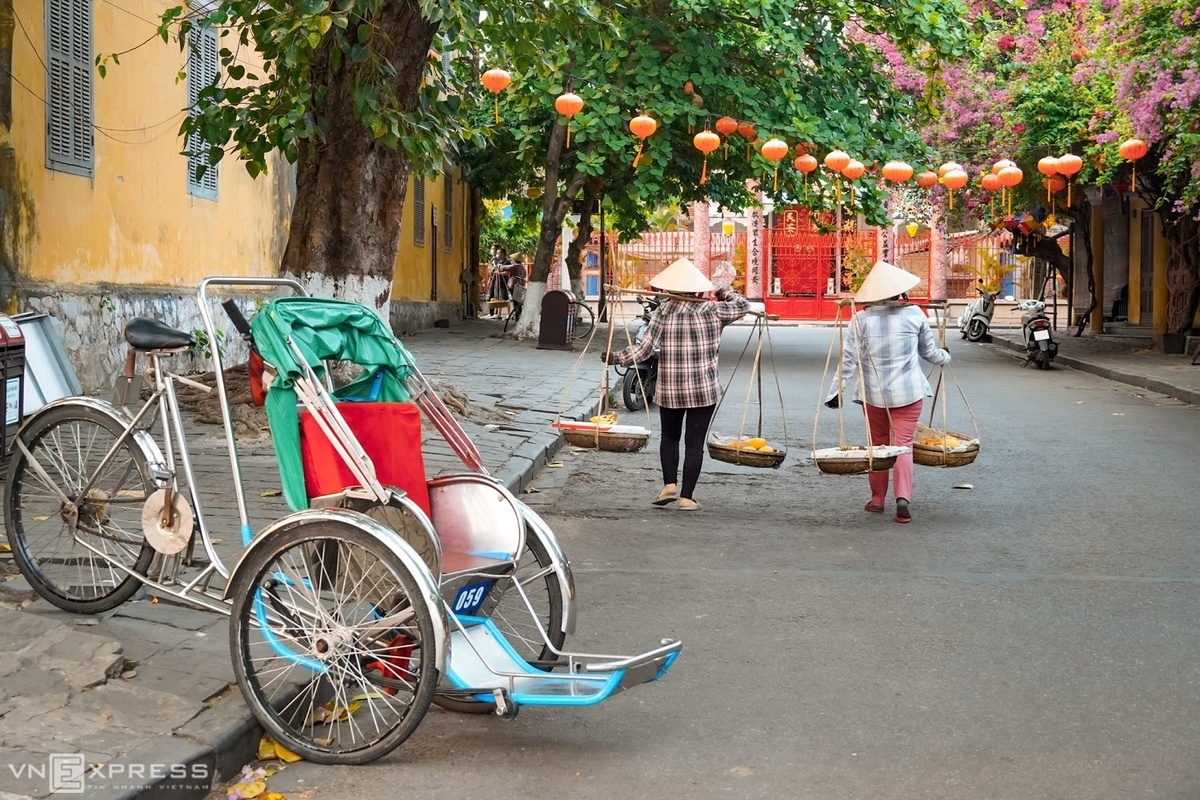 Hoi An has been a pioneer of pedestrian-friendly streets in the country since 2004. Motorbikes and cars are banned from the town center from 9 a.m. to 11 a.m. and 3 p.m. to 9:30 p.m. Most hotels, restaurants and homestay facilities rent bicycles.