The Department of Culture, Sports and Tourism of Quang Nam province has suggested offering free tickets for travelers when they visit popular local tourist sites such as the ancient town Hoi An and the My Son relic site. 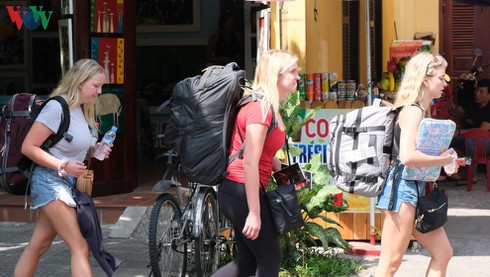 These proposals were unveiled on February 25 during a meeting of the Quang Nam People's Committee as they work to seek solutions aimed at removing difficulties that the tourism industry faces as a result of the impact of the novel coronavirus (COVID-19) epidemic.
According to a report released by the provincial Department of Culture, Sports and Tourism, the impact of COVID-19 epidemic has caused the growth rate of the tourism industry to decline during February, with drops in the number of visitors from several major markets such as China, the Republic of Korea, Taiwan, ASEAN, and Europe. Simultaneously, the domestic market has also seen a sharp fall in the number of tourists.

Numbers have fallen so drastically that a number of businesses have moved to close and suspend their operations, whilst the cancellation of tours and rooms has affected approximately 70 per cent of bookings.

According to statistics, the total number of visitors to Quang Nam during February is estimated to be at 340,000 visitors, including 273,000 travelers from abroad, a drop of 42.9 per cent compared to the same period last year.

Moreover, an estimated 67,000 domestic visitors came to the province during the same period, a sharp fall of 63.19 per cent, with tourism revenue expected to hit VND 294 billion, down 30.6 per cent.

In a bid to minimise these difficulties, the Department of Culture, Sports and Tourism of Quang Nam province have devised solutions aimed at stimulating tourism demand.

Proposals include exemptions on tickets for tourists staying in Quang Nam when visiting sites such as the ancient town of Hoi An and the My Son relic site.