“Improving the method of selling sightseeing tickets by the form of digitized sightseeing tickets” is one of the solutions which brings high efficiency for the management of activities and contributes to limiting fare evasion to the ancient town of Hội An. 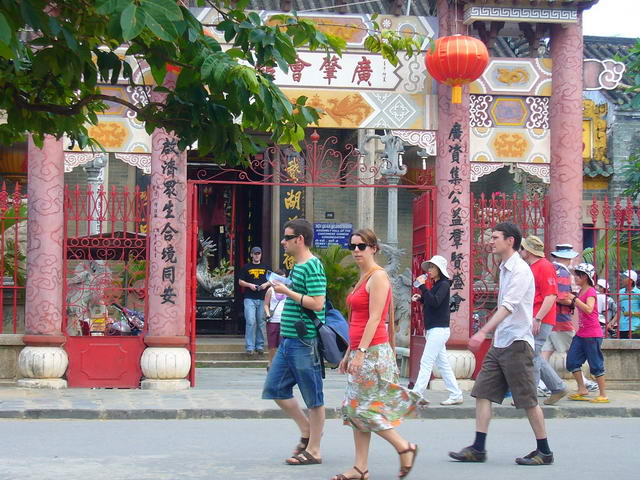 From 1995 up to now, Hội An city has served domestic and international visitors by issuing “Tickets to visit the ancient town of Hội An”, now called “Tickets to visit world cultural heritage site - the ancient town of Hội An”. The release of a package tour ticket for visitor has received the consensus of visitors and business community. Also, it has been assessed by UNESCO Asia - Pacific as “a typical model of taking relics to keep relics”. Annual ticket sales increased; in 2013, it reached nearly VND 76.5 billion; in 2018, it reached more than VND 266 billion. From this revenue, Hội An focuses on renovating and embellishing architectural monuments. 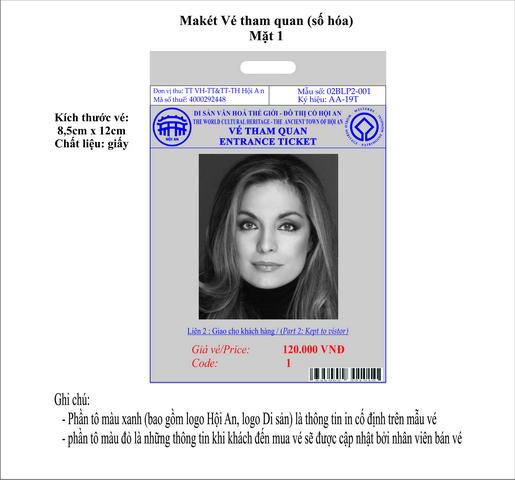 However, the method of ticket sales, ticket control, financial payment for monuments in the sightseeing route is entirely implemented by manual methods, so there were many inadequacies. Currently, in many solutions to control the sightseeing tickets to create a funding source for the restoration of the ancient town and not to disturb the visitors; the most concerned and highly feasible solution is replacement of traditional sightseeing tickets for tourists by “Tourist Passport” - sightseeing card or digitized sightseeing ticket to the old town, issued by Hội An city.

With this project, instead of selling manual tickets as before, digitized sightseeing tickets “integrates” full of contents, including ticket fee prescribed by the City People’s Committee for visitors, information about tourist attractions, services in the ancient town of Hội An. Tickets are issued in all packages with self-selected monuments, including 3 sights for Vietnamese and 5 sights for foreigners.

“From now until June 2020, there will be experiments at 4 ticket counters and 21 monuments; on January 2021, the project will be completed and handed over from equipment suppliers to officially put into operation with a total investment of nearly VND 5.8 billion.” said Mr. Phương Đông.

Currently, Hội An city begins to invest in infrastructure and upgrade ticket counters. The current 11 ticket counters will be surveyed the location of equipment arrangement and proceeded to install trial operation at 4 ticket sales points which serve the delegations to buy digitized tickets at Sông Hoài Square, counter 8 Hoàng Diệu Street, 78 Lê Lợi Street and counter 62 Bạch Đằng Street. In phase 2, it will be continued to install at the remaining ticket counters and parking lots which are invested and put into official operation by the city. At the monument sites, the test equipment of digitized sightseeing tickets will be commissioned in parallel with the current manual tickets. 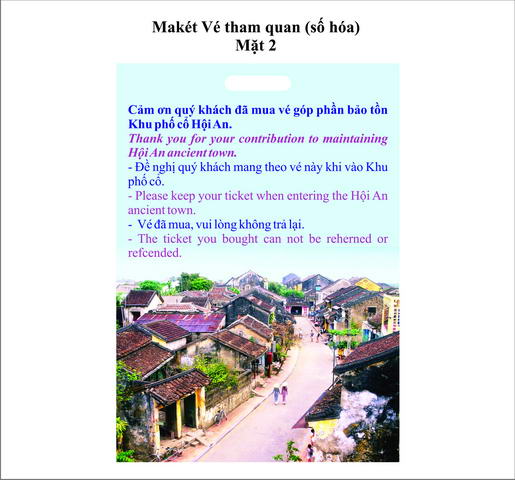 “The project Improving the method of selling sightseeing tickets to the ancient town of Hội An has been approved, towards the goal of ensuring the convenience, quickness, accuracy, science and professionalism. Besides, it creates fairness, ensures the rights of travelers, and contributes against the loss of revenue. At the same time, information technology will be applied in sightseeing activities and tourism management in Hội An.”, said Mr. Nguyễn Văn Sơn - Vice Chairman of Hội An City People’s Committee.