Hội An among world’s most romantic places

Hội An ancient city in Vietnam’s central coastal province of Quảng Nam has been selected by the U.S Cable News Network (CNN) as one of the world’s 13 most romantic places to visit. 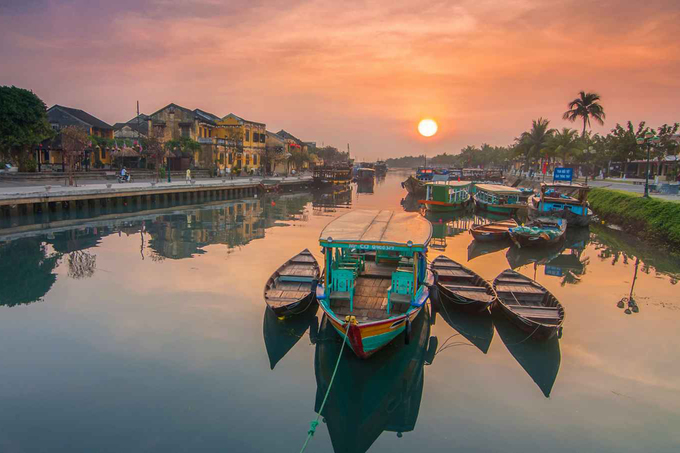 The world cultural heritage site was ranked ninth on the list.

According to CNN, Hội An “may have rocketed in popularity in recent years, but even increased visitor numbers can’t detract from the undeniably quaint and romantic feel of this former trading port.”

“Paper lanterns of another kind can also be lit and sent soaring skyward, along with a special message written with your valentine,” it added.
CNN recommends visitors enjoy famous foods including “banh mi” baguette sandwiches.
Hội An was recognised as a world cultural heritage site by UNESCO in 1999.
In 2019, Hội An was named Asia’s Leading Cultural City Destination and one of the 13 most picturesque towns in Asia. It was also among the top 15 cities in the world selected by the New York-based magazine Travel Leisure.
In the year, Hội An welcomed 5.35 million vacationers, including 4 million foreigners.
Maldives topped CNN list of the most romantic destinations, followed by Quebec City (Canada), Tuscany (Italy), Hawaii, Charleston (South Carolina), Botswana, Paris (France), Istanbul (Turkey).
Bora Bora (French Polynesia), Venice (Italy), Buenos Aires (Argentina), and Kyoto (Japan) were also included the list./.