The mysterious closing night of Hoi An – Japan festival

The scene of rickshaws, old bicycles , ladies in “Ao dai” and “Kimono”, peddlers, …were reappeared in Hoi An ancient town. 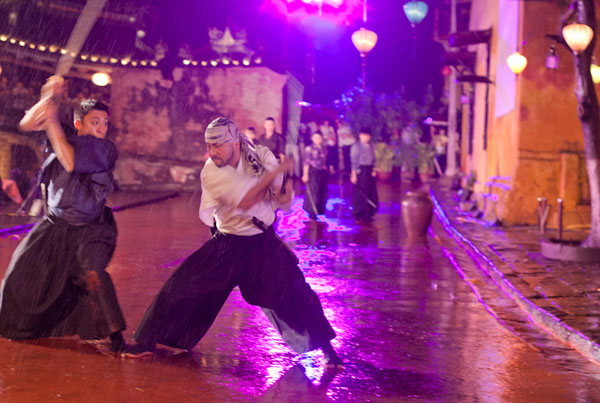 In this closing evening of Aug 26, the ancient town was reappeared at the area in front of Japanese bridgr as it used to be in the old time.

The programme was specially taken place for it was raining most of time. However, hundreds of the audiences and artists kept being there.

As audiences’s expectation, all items of the programme were still working in turn by Hoi An as well as Japnese artists. Their performance took a chance to recall  moments in the old time. It again reappeared the historic period of Hoi An – Japan  exchange. That’s scene of  the traditional wedding in Quang Nam, the images of rickshaw pullers, flower peddlers, ladies in Ao Dai and Kimono, lanten lighting were all there lively.

At last, the street art exchange was like an open knot to make closer to all audiences. 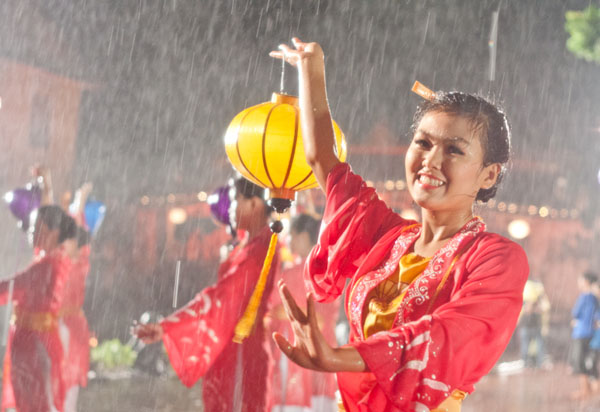 Traditional performance of Hoi An. 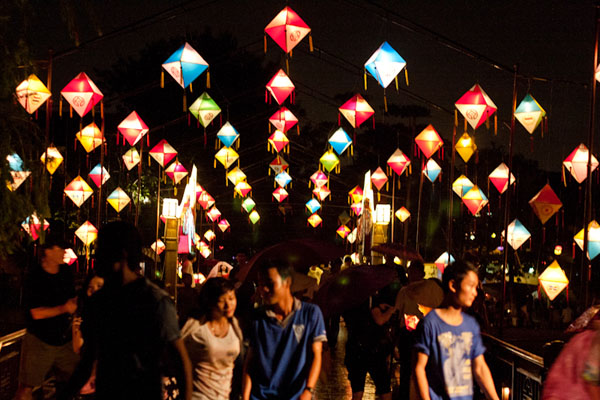 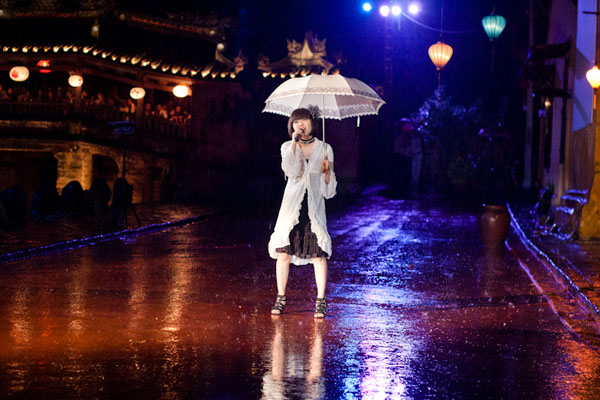 A singer f-rom Japan performing under the rain. 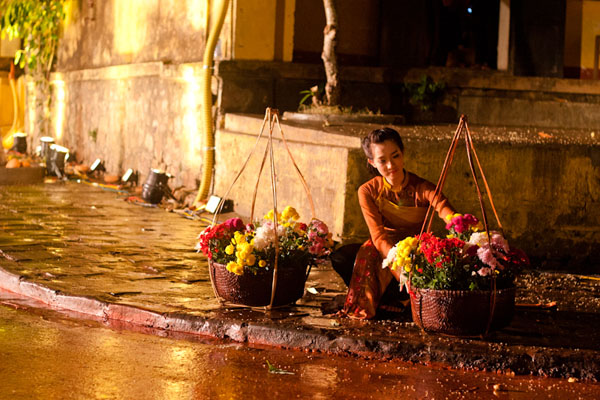 Hoi An ladies with flower ware. 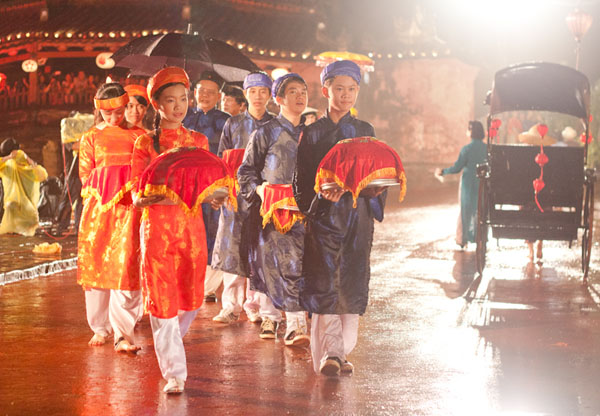 The scene of traditional wedding in Quang Nam 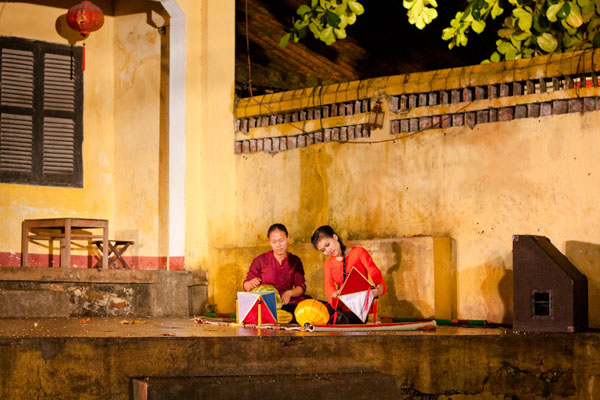 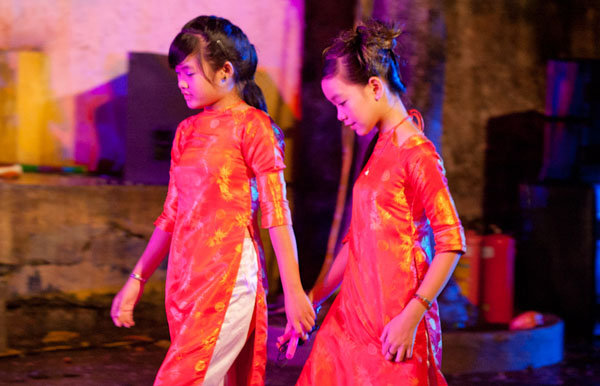 Hoi An traditional costume for children 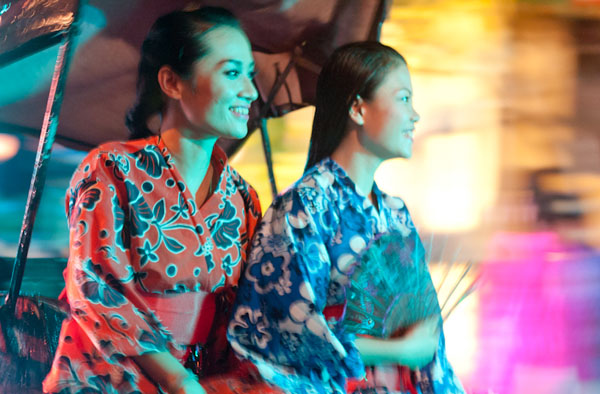 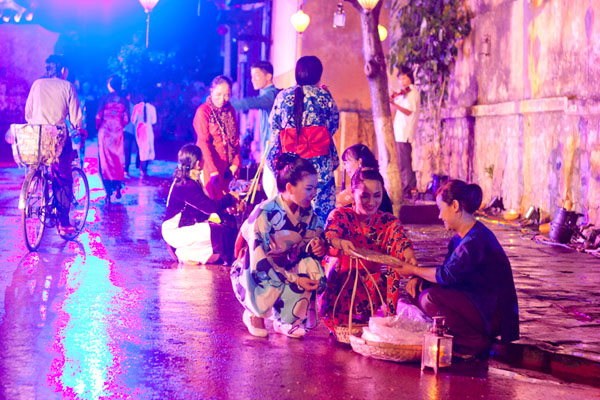